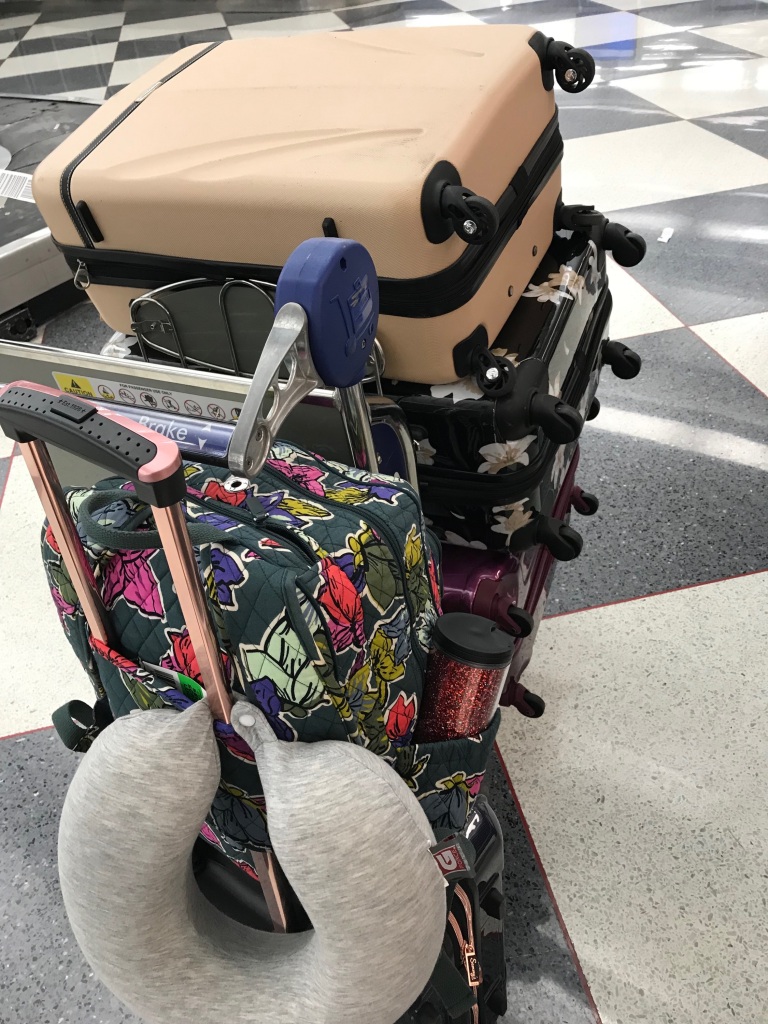 My Flight Experience To China

Well I told you guys I would you tell you about my flight experience and so here it is.

I wanted my family to be able to say goodbye to me so I flew out of Columbus, OH to Chicago, IL. Chicago was the first nightmare. Ok, you guys see how many suitcases I have right? It’s mostly clothes, food, and books for all my teaching supplies = weight!!!!!! (Yes, my glittery Starbucks cup was full of pecan twirls.)

After I arrived in Chicago, there was no one to help me so it took me a complete hour to get to the China Eastern Airlines with those suitcases taking a Sky Train to Terminal One to Terminal Five. I was in line for 45 minutes till it got to my turn. I ended up getting a lady who honestly was racist. I watched her as she was super nice to every Asian, let bags that were over weight slide by, but then she got to me and was simply very rude. There happened to be an American guy doing the luggage and he hinted to me that some people won’t make it easy at all with certain people, and he gently nodded his head towards the lady I had.

As I put my suitcases on the scale they said they had to be certain kilometers. Realizing that it meant all my bags were 10 pounds over weight, I had to get out of line and repack everything right there in front of everyone. My carry on was 25 pounds over the weight limit. By this time my face was beat red for there was no air conditioning in this place plus I had a long sleeve shirt on, a sweater, and on top of that a coat/vest.

I finally just threw everything in my purple suitcase and paid for the extra weight. I prayed and asked God to help me not get the same lady I had and thankfully she had to go to a different terminal. By the time I got through security, I rushed to find my terminal. I found it and of course it was that lady who just adored me (sarcastic voice). She raised her eyebrows and told me to take a seat. There wasn’t any seats so I sat on the floor. I had just enough time to call my parents, crying, because it was all such a fiasco. I quickly grabbed a bag of grapes and a coke for lunch, then boarded the plane.

I slept a good deal on the plane. My TV was broken but that’s ok. I had some good old movies on my iPad if I wanted something. Most of the time though I worshipped, cried, talked to the Lord, was excited, then cried again.

I slept through the food both times, but was able to get some. I opened up the cardboard box and didn’t know whether to laugh or cry. It literally looked and smelled like the cat food I fed my cat Snickers the day before. “Well, I know the food will be worse in Thailand”, is what I thought so I ate it.

Being such a long flight all you can think about is how you’re getting farther and farther away from your family and you’re going closer and closer into the unknown. That’s why I pray to a known God.

What a long flight that was to China.